THE INTERNATIONAL CONFERENCES OF ROMAN AFRICA 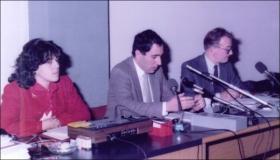 The Conferences on " Roman Africa", through a long series of international meetings promoted since 1983 by the Centre of interdisciplinary studies on the Roman provinces run by the University of Sassari, attended by hundreds of scholars, have developed over time a bridge at the service of scientific research, the protection and promotion of the cultural heritage of the countries bordering the Mediterranean basin, contributing to the creation of a network of scientific relationships between the Ancient historians and archaeologists, epigraphers, which study the history of the Roman provinces of North Africa and Sardinia.

The 20th Conference, entitled "Momenti di continuità e rottura: bilancio di trent'anni di Convegni L'Africa romana (Alghero, Porto Conte Ricerche, 26-29 September 2013) was an important occasion to reflect upon the history of these conferences, between 1983 and 2010, with a total of 46 volumes, containing thousands of pages (downloadable PDF versions of all scientific on the site  http://hostweb3.ammin.uniss.it/php/africaRomana.php) on campaigns in Libya, Tunisia, Algeria, Morocco and in several archaeological site in the islands of the Mediterranean Sea (where often the universities of Sassari and Cagliari have played a significant role, by the signing of international cooperation agreements - Uchi Maius, ZamaRegia, Neapolis, Uthina excavation sites in Tunisia, Lixus excavation site in Morocco - dissemination of the scientific results achieved), drafting a list of activities carried out by EU Universities in North Africa and the Mediterranean basin, in collaboration with the institutions fo the Maghreb area. 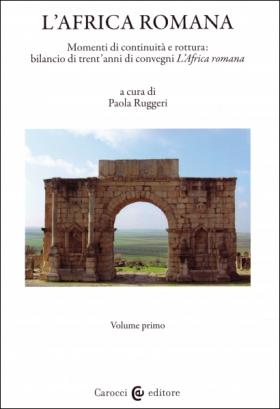 The international cooperation agreements between the University of Sassari and the Institut National du Patrimoine of Tunisia (INP) have led to the publication, sponsored by the Center for interdisciplinary studies on the Roman provinces, several publications among which we remember at least the series of volumes dedicated to the city of Uchi Maius, located in the Governorate of Beja (Tunisia): Uchi Maius, 1. Scavi e ricerche epigrafiche in Tunisia, curated by A. Mastino and M. Khanoussi, Sassari 1997; Uchi Maius, 2. Le iscrizioni, curated by A. Ibba, Sassari 2006; Uchi Maius, 3. I frantoi. Miscellanea, curated by C. Vismara, Sassari 2007; Uchi Maius tardo antica e islamica. Miscellanea di studi 1997-2002, curated by M. Milanese, Pisa 2003. 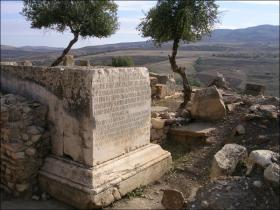 The cooperation between the INP and the University of Sassari will continue with a new  Accord cadre  signed in July 2017, for the study of ancient epigraphic heritage at the Thignica site, the modern Aïn Tounga in the Béja Governorate (Tunisia): excavation works at the archaeological site will begin in autumn 2017.